After covering the early kick-offs of tonight’s Europa League it is now time to shift our attention towards the later starts. As with those already covered, we have a good number of top teams and top players still to look out for.

Last season’s defending champions will be full of confidence ahead of this tie. They have been rock solid in the league, although a few recent defeats may be of some concern, and can be thoroughly delighted with second place in La Liga. Four points ahead of cross-city rivals Real Madrid and almost certain to book Champions League qualification for next season, they will certainly start as favourites against the Russians. Down to seventh place in Russia, the club has undergone a slight blip in recent seasons after consecutive titles in 2008 and 2009. However, they were unbeaten in the group stage and so still have ambitions in the competition.

Italian giants Inter are another former table-topper that has had to settle for second best. After failing to gain Champions League qualification last season they ended second in their group, but should fancy their chances against the Romanians. Having struggled recently Inter is now back up to fourth in Serie A albeit with no title aspirations. Cluj, too, is having a tough season and will surely not defend their title. However, a win against Manchester United in the Champions League will fill them with confidence as they aim for another giant-killing.

Newcastle’s season has been one filled with injuries and bad results, for the most part. They only managed second in a fairly easy group and are still no safe from the danger of Premier League relegation. Recently, though, things have started to look up. The so-called ‘French Revolution’ has seen an influx of French players join the club to provide some much-needed quality, particularly Moussa Sissoko, and has already seen some positive results. Metalist Kharkiv, on the other hand, won their group on a head-to-head with Bayer Leverkusen. A fairly unheard of team, at least to most English fans, they do possess some quality and are certainly a team on the up. This should provide an interesting game and the result could go either way. 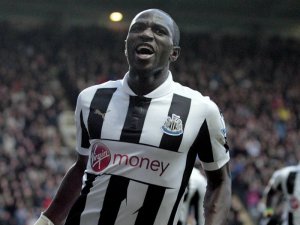 Stuttgart currently finds themselves in the lower parts of the league, although they should be safe from relegation barring an upsurge in the fortunes of the bottom three teams. Not the team they once were, the Germans will be looking for European success to provide some cheer for the fans. Genk too has enjoyed a fairly quiet spell of late. With the loss of several of their talents they have not quite hit the heights of 2011 although they remained unbeaten in a fairly tough group. It should be another interesting tie although the Belgians could well edge this one.

Switzerland’s perennial champions failed to reach the Champions League group stage and only just about progressed from the group. In the league, too, they find themselves four points behind Grasshopper Zurich and so will look to Europe for some respite. Dnipro occupy second place in the Ukrainian league, with Shakhtar long gone, and are another of Ukraine’s teams on the up. With plenty of money and subsequent Brazilian flair they won five out six group games to win their group ahead of Italian favourites Napoli. The Swiss team usually do well in Europe but Dnipro’s firepower may well be too much to handle.

Monchengladbach has been a team on the up in recent years and although their league form is not totally brilliant, they still have the strength to do well in Europe. Their former rock-solid back line is not quite as good as it was but they have improved up front and can cause Lazio problems. The former Italian title-contenders have found some new form and are once again near the top of Serie A. They currently occupy a Champions League spot for next season and this may well take priority after failing to qualify for more than five seasons. Unbeaten in the group stage and conquerors of Tottenham they can certainly progress further if they fully commit to doing so. 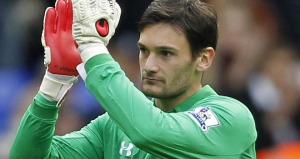 Tottenham has so far proved a hard team to predict. Their consistency has been neither here nor there but they still occupy a Champions League spot; something that will be crucial to retaining the services of star man Gareth Bale. Elsewhere, they struggled in the group stage but Hugo Lloris will relish the chance to return to his former stomping ground. Lyon, by contrast, has enjoyed a fairly positive season. Until recently they were neck-and-neck with PSG, however they have since slipped six points behind. A former Champions League regular, they will be desperate to return to Europe’s upper echelons and so may focus more in the league. So far though, European form has been dominant with five wins (and one draw) in the group stage. This tie will certainly be one of the most exciting and may well be decided by a certain Welsh man’s left boot.

That concludes our tour of the Europa League last 32. The opening matches have, by now, reached half-time (or already finished in two cases), and we now look forward to the later kick-offs where some of Europe’s giants will go head-to-head in the search for Europe’s second-tier trophy.