Ahead of their home again against relegation candidates Hyde, Newport County are sitting pretty at the top of the Conference, three points clear of nearest rivals Grimsby Town and Forest Green Rovers. Whilst their unexpected start has impressed many, there are still significant doubts as to whether they can maintain good form throughout the season and ultimately finish where they are now.

At the moment, fans of Newport County have every reason to be smiling. After last season’s difficulties, even the most ardent supporters’ would not have dreamed that the Exiles would be leading the Conference with nearly half of the season completed, scoring comfortably the most goals in the process. In the previous campaign, former manager Anthony Hudson was sacked after just one win in the first twelve games with the club next to bottom in the table. By contrast, in the same period this year, Newport have won eight games, averaging over two points a game in the process, resulting in them being top of the table, a position they have held onto until now. The question is, however, will they be able to sustain their title challenge for the remainder of the campaign?

Despite much scepticism from observers who dismiss the notion of Newport being potential Conference champions this season, there are many reasons for fans of the South Wales side to remain optimistic. In Justin Edinburgh, they have a manager who has that rare combination of enthusiasm and hunger to succeed in management, and extensive experience and knowledge of non-league football, having managed at this level with both Grays Athletic and the now liquidated Rushden and Diamonds. Last season, Edinburgh successfully guided the club to safety, finishing in 19th place, which after such a dismal start was reasonably satisfactory. However, this year, Edinburgh has surpassed all expectations, with most Exiles fans hoping for a top-half finish at best, comfortably clear from the struggles of the previous campaign. Credit for revamping the squad and instilling an organisation, discipline and, most importantly, belief in the players, enhanced by their excellent results early in the season, must go to the manager, who has completely transformed the fortunes of the club. 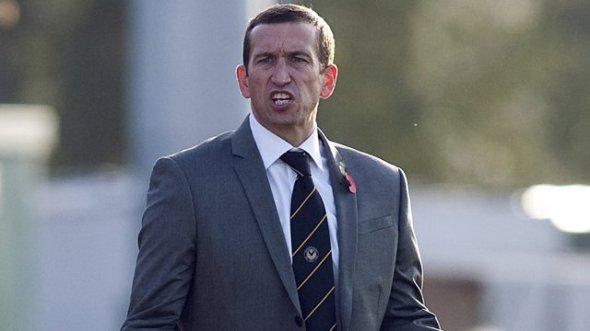 In Justin Edinburgh, Newport have one of the most highly-regarded managers outside the Football League.

Edinburgh must also be praised for his astute summer signings, none more so than his gamble on nomadic striker, Aaron O’Connor, a player with undoubted talent at non-league level, but plagued by dreadful inconsistency, especially at Mansfield Town and Luton Town, where he regularly flattered to deceive. However, there has been nothing inconsistent about O’Connor’s performances in this campaign, with the player leading the scoring charts with a very impressive 14 goals in 18 games. Equally impressive has been his attitude and desire, something which was possibly questionable at some of his previous clubs. This combination of ability, consistency and effort was arguably typified best in his debut for Newport, away at Mansfield, where O’Connor put in a man of the match performance against his former employers, scoring a deserved goal in the process. If O’Connor continues to reproduce his excellent form throughout the year, there is every possibility that he can fire the Exiles into the Football League. However, doubts still remain over his capability to perform consistently for 46 games. 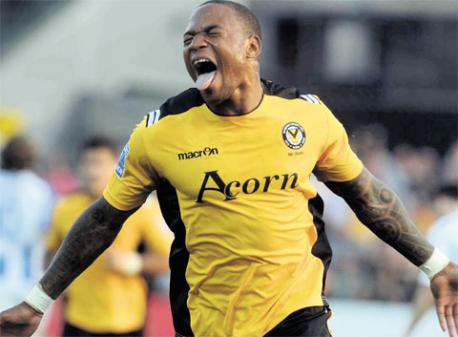 Aaron O’Connor certainly seems to be enjoying his time in South Wales. Newport fans will be hoping he continues to produce the goods on the pitch.

Despite being in pole position, there have been frailties in the Newport side, which up until now have not been fully capitalised upon by the chasing pack. Whilst Newport have regularly demonstrated their attacking threat throughout the season, their defence, especially away from home, seems suspect. Away from the Rodney Parade, the Exiles have conceded 16 goals in only 9 matches, a far greater amount than any of their rivals. To win promotion, a solid backbone is essential. In the Conference, where only finishing as champions ensures automatic promotion, it is even more crucial. This is a problem that Newport have been unable to adequately resolve. Potential champions do not concede four goals at Alfreton Town. Even in away games in which they have won, Newport have looked decidedly shaky defensively, exemplified when they let a two goal lead slip at Mansfield within five minutes in the second half, before going on to win 4-3. Other teams will not be as generous in handing out lifelines and second-chances to Newport, particularly as they are now the team to beat in the league.

Newport’s astounding start caught almost everyone by surprise, including opposition players and sides who perhaps underestimated their ability. Now, there is no danger of this happening- sides will treat Newport with the utmost respect, even raising their game in an attempt to topple the table-toppers. Moreover, Newport have benefited from a league devoid of a Crawley or Fleetwood, a side who will runaway with the title. As yet, no side has looked or even seemed prepared to emulate those sides and dominate the league. The fact that the more established clubs keep dropping points against each other plays into Newport’s hands, by increasing their belief that they can win the league. So far, clubs like Grimsby, Wrexham and Forest Green have been too inconsistent to challenge, and pre-season favourites Luton and Mansfield have failed to live up to their pre-season billing, both clubs significantly underachieving given the quality of their squads and resources at their disposal. If this continues, Newport will justifiably fancy their chances as much as anyone else. However, this is unlikely given the size and financial clout that many of the clubs mentioned above possess. It seems unimaginable that the investment that many of these teams are likely to make in January will not lead to at least one of these sides having a more consistent second half to the campaign. With this in mind, Newport may be fighting a losing battle to hold on to their position. A playoff place is perhaps more realistic, which, considering their dreadful previous season, undoubtedly counts as substantial progress for the club.

The Revolving Door Continues: Over To You, Mr Benitez »
« Steven Gerrard is actually rather good at football